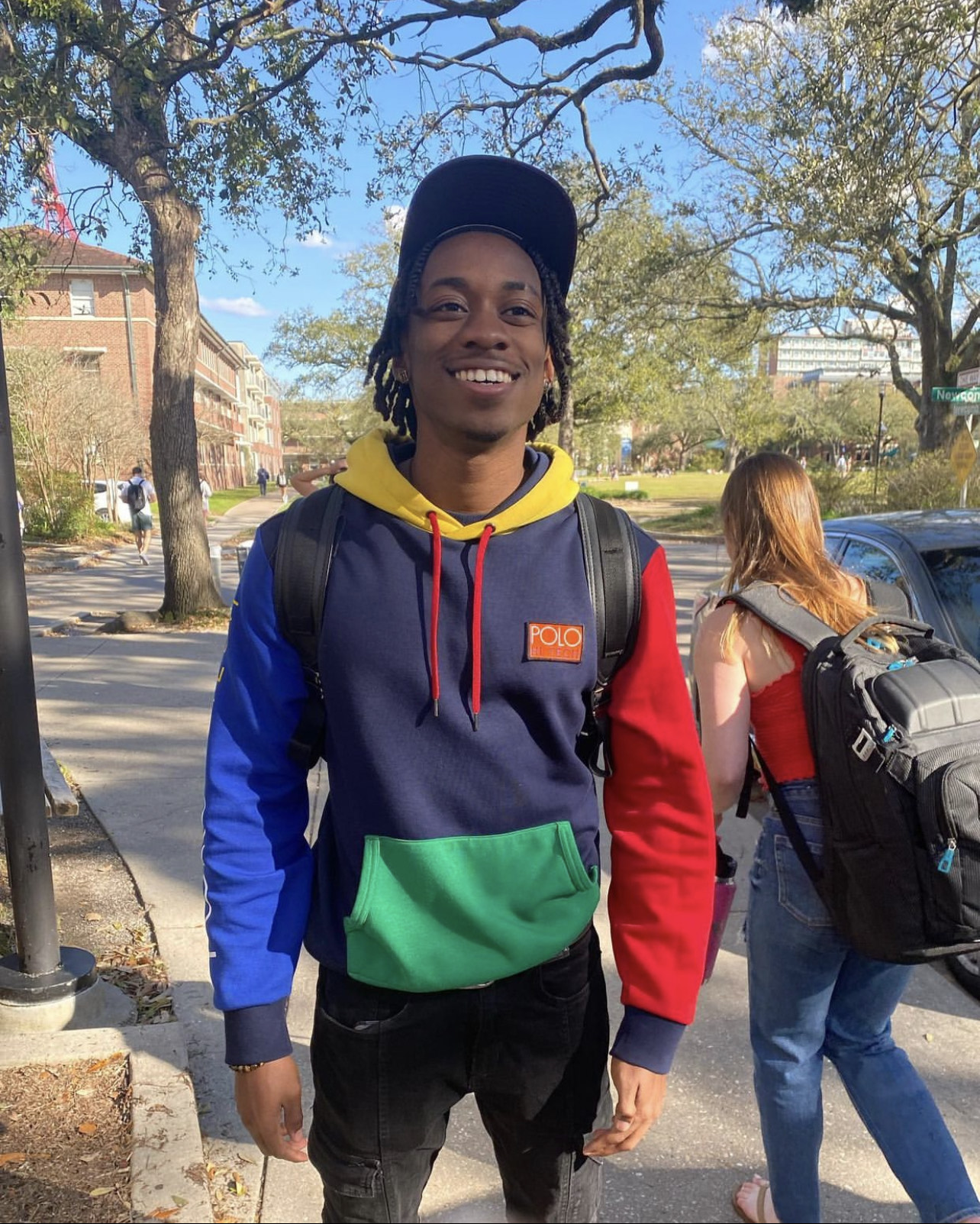 Cresin applied to Breakthrough as a fourth grader at Commodore Sloat Elementary School here in San Francisco. At first he had some hesitancy about the long-term commitment, but he felt better once a few days had gone by. “What made me realize I wanted to stay were the experiences I had there, whether it was the cheer tunnels teachers would make to welcome us in the mornings, or the fun activities we would do.”

Each summer for the next four years, Cresin took courses in math, science, literature, and writing, as well as elective classes like Debate and Japanese, and attended special events like Career Day and College Day. He also attended our after-school program two afternoons per week during the school-year for additional academic support and community building. “Breakthrough was the first time college was really instilled in me,” Cresin says. “There was so much emphasis that education was important. Also the arts and the range of activities Breakthrough had for us, helped me to better find myself at that time.”

Cresin appreciated the hands-on approach to instruction – he especially remembers launching water bottle rockets on the USF baseball field as part of a physics course. The end-of-summer Celebrations were another highlight, particularly performing a song of gratitude for his teachers with the rest of the students each summer, aligning with his belief in giving back to others.

Cresin attended KIPP San Francisco Bay Academy for middle school and KIPP San Francisco College Preparatory for high school. As a high school student, he not only took advantage of ongoing support from Breakthrough but also enrolled in College Track and SMASH, college access programs that opened up additional doors for him, including taking STEM-related courses on the Stanford campus during the summers. As a senior, he accepted a full scholarship from Tulane University in New Orleans.

COVID hit during the spring of his first year and sent students back home. Sophomore year, he was back on campus but mainly taking classes on Zoom. He regained some normalcy as a junior, reconnecting with friends and getting the chance to spend time together once again. After the hardship and fear of the pandemic, he’s appreciating the chance to truly experience college life again.

Cresin is now a senior at Tulane, majoring in marketing and digital media production and working on a capstone project. In addition to staying on top of academics, he’s been playing intramural soccer and basketball, dancing with a student group called Club Ace, supporting incoming students as a peer mentor, and working at the campus art museum. He’s also taken part in summer internships at Imagine H2O, a non-profit working to increase access to clean water, and Skai, an online marketing company, here in San Francisco. After graduation, he plans to return home and find an opportunity in the tech or entertainment sector before potentially earning a master’s degree.

“I would recommend Breakthrough to anybody,” Cresin says. “As a kid, you want to be free in the summer, but as I’ve grown older, I’ve realized it was all beneficial in the long run, and I just feel good about myself as a person and academically. I appreciate Breakthrough for instilling in me a sense of self motivation and grit that has helped me on my journey thus far in college!”