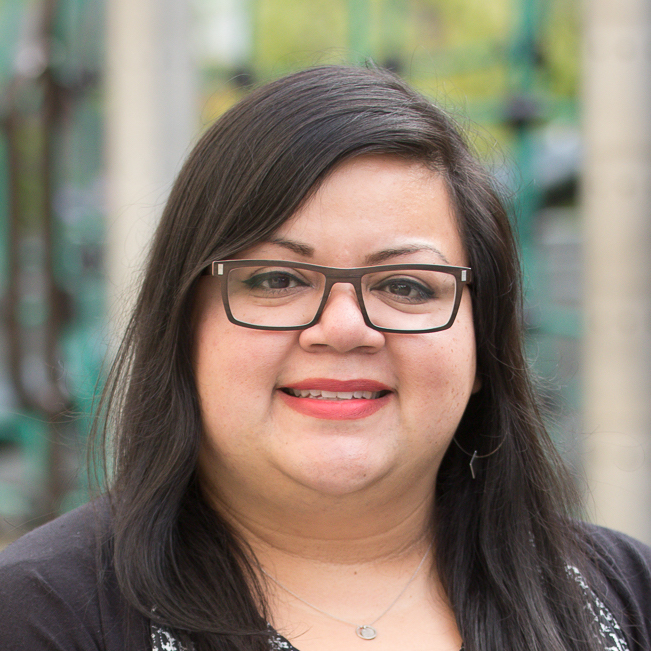 Born in El Salvador and raised in San Francisco’s Mission District, Ana understood early on the importance of education as well as the disparities in the available options. A first generation college student, Ana graduated from Lowell High School and later earned her B.A. in Speech and Communication from San Francisco State University. Ana is committed to using her education to give back to her community. Over 10 years at KIPP Bay Area Schools, Ana gained diverse perspectives working as Business Manager, 7th grade Spanish teacher, Dean of Students and, most recently, Operations Manager at KIPP SF Bay Academy in the Western Addition. She also completed the KIPP School Leadership Program in 2010-2011. In her free time, Ana enjoys spending time with her family including her dog, Baxter, checking out concerts and craft fairs with friends, or traveling to new places with her sister. 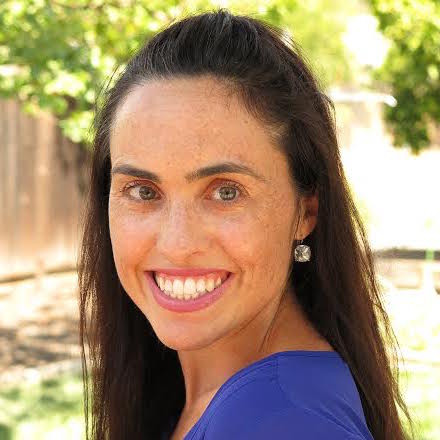 Director of Foundation and Corporate Relations

Rebecca grew up in the Bay Area and earned a B.A. in Political Communications from the George Washington University in Washington, D.C. She began her career in government and politics and later transitioned to the nonprofit world. Prior to joining Breakthrough in 2016, Rebecca led the Children’s Fund of San Mateo County. In her free time, Rebecca enjoys spending time with her family, including her three young daughters. 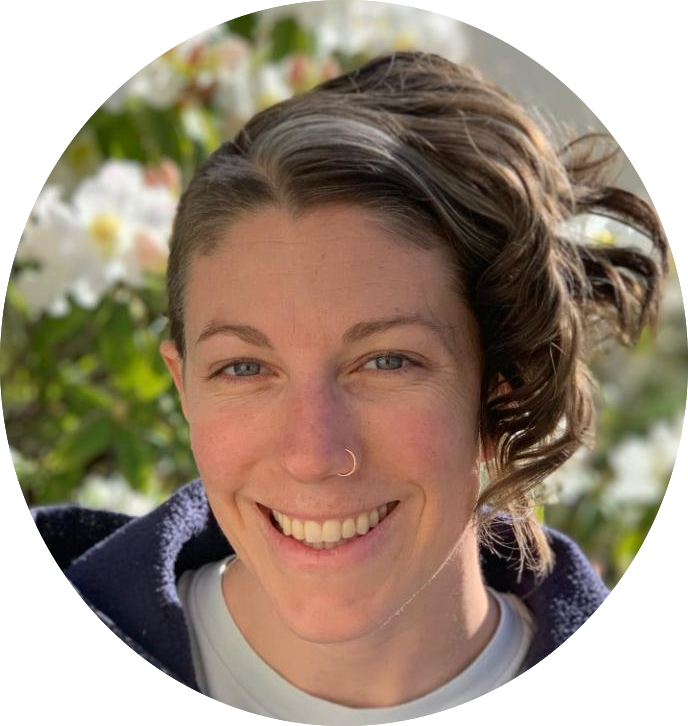 Liz is a multi-disciplinary educator, artist, and writer. At Breakthrough, she specializes in test prep with a holistic approach; her curriculum is grounded in mindfulness, social-emotional learning, and whole-human wellness. Liz is a Colorado native who graduated from CU Boulder with a BFA and Honors Magna Cum Laude in Dance and a Minor in Religious Studies. She lived in Japan and taught for the JET Programme in rural Kyoto before moving to the Bay Area. Her ongoing work and interests include making art, costume design and construction for theatre and dance, yoga training and teaching, and writing poetry and comics for handmade zines. Liz also loves being out in nature and studying both flora and fauna. 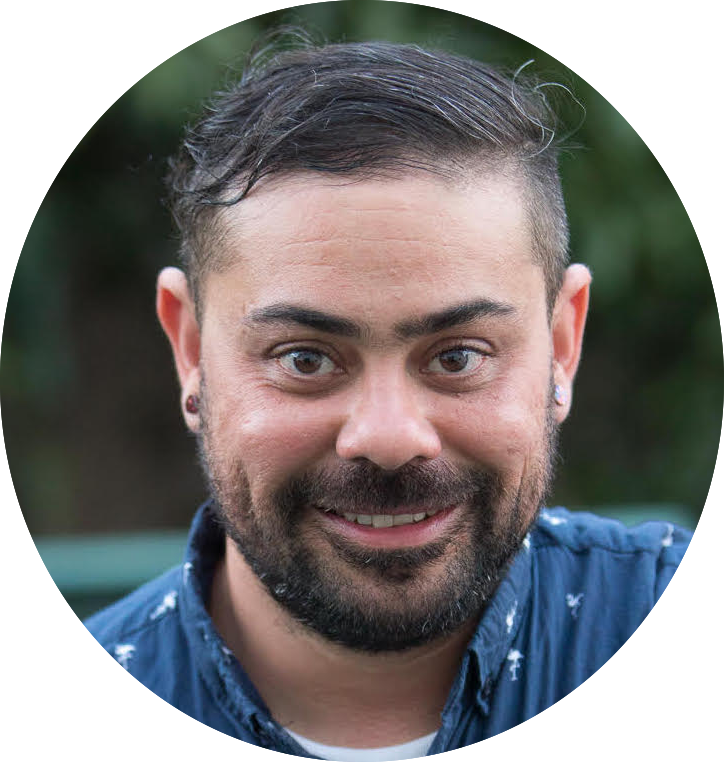 As a child of a military parent, Shane has lived throughout the U.S., Puerto Rico, and Germany. After his family settled in the Monterey Bay Area, Shane was accepted into the Upward Bound program where he began volunteering as a peer tutor, eventually becoming Lead Tutor and Science Learning Manager. Shane later served as a Bilingual Teaching Assistant for first and fifth grades as an Americorps volunteer with the Urban Education League in Denver and taught seventh grade Math Skills for the YMCA of Greater Seattle. Outside of teaching, he is most passionate about college access pathways for urban high school youth, an area he has dedicated over 20 years of his career to through formal and informal roles within a variety of local and national education non-profits. Shane earned his B.A. in European History from the University of California, Santa Cruz and his M.B.A/M.A. in Education Leadership from Mills College in Oakland. In his free time he rides his bike down steep hills, looks for whales along the coast, and dances to disco. 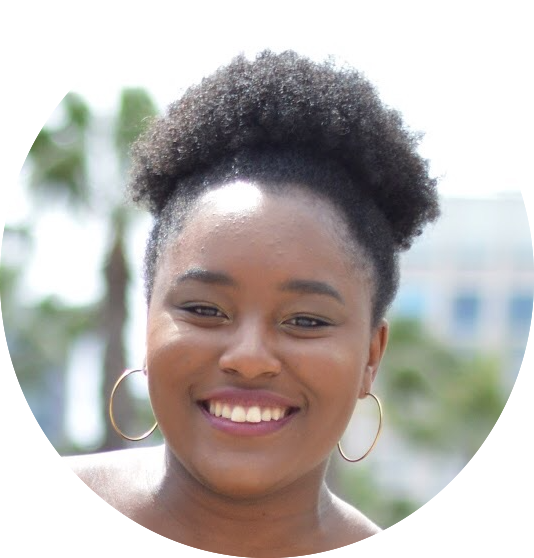 Naomi was born and raised in Mission Viejo, California. She started her education at San Francisco State University as a pre-nursing major and recently transferred to the University of San Francisco, where she is enrolled in the Bachelor of Science in Nursing Program with a minor in African American Studies. Naomi has always had a passion for children and helping others. She loves to volunteer, especially abroad, and before working at Breakthrough she was a Behavior Specialist. In her free time, Naomi likes to try new foods, go shopping, and spend time with friends and family. She is excited to be a part of and contribute to Breakthrough’s mission. 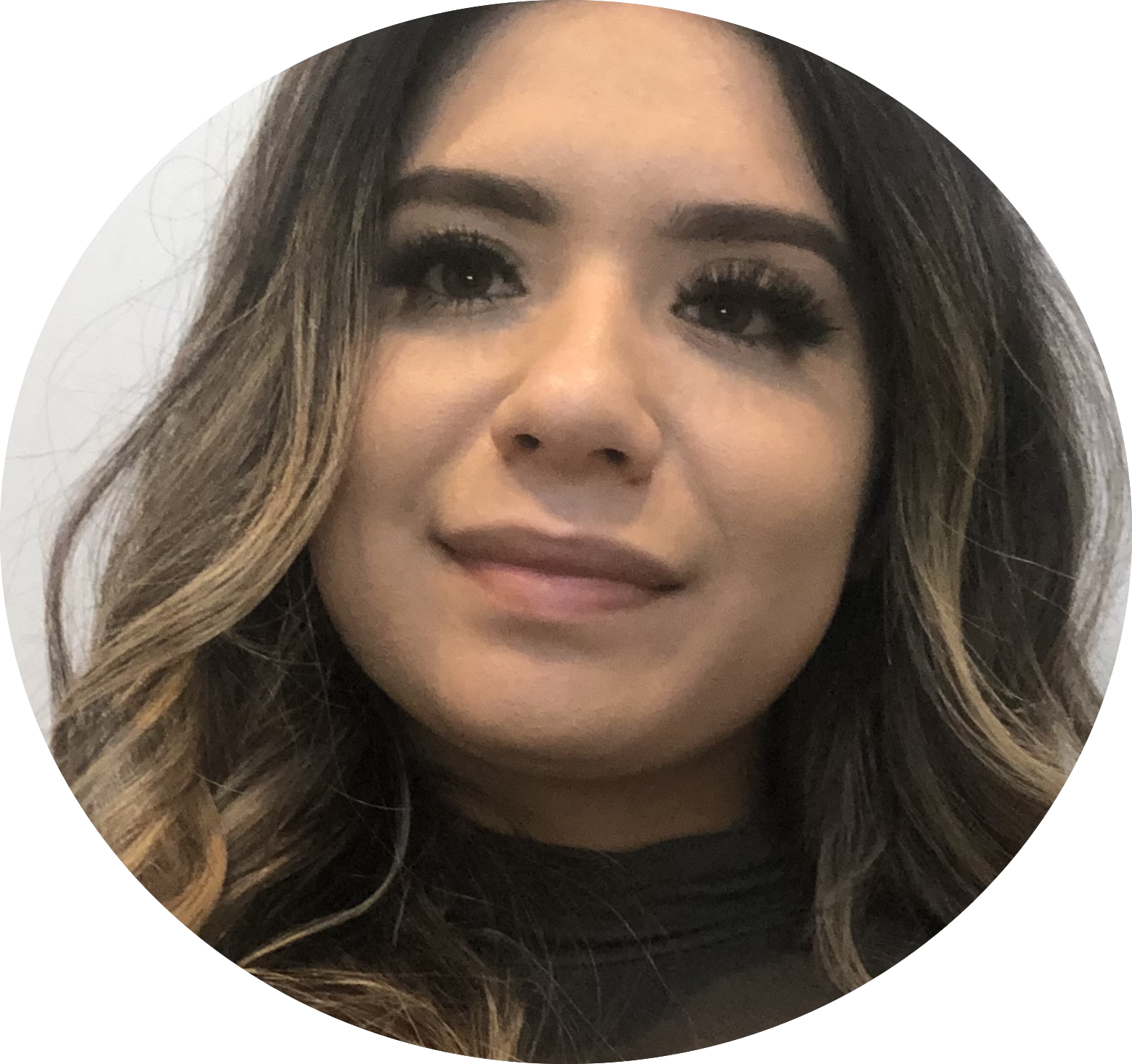 Paola was born in Berkeley, California. Though she spent most of her time growing up in the Bay Area, she also lived in Fort Worth, Texas for a couple of years. She is an undergraduate student at San Francisco State University as a Communications major. Paola is a Breakthrough student who believes deeply in the program and its mission. She has a passion for raising awareness regarding the lack of educational opportunities for our local students. As a first generation college student herself, she sees the value of the resources the program has provided for her and is excited to help other students obtain them as well. She also hopes to continue to use her first language in order to effectively communicate with students and families that struggle to understand the English language in order to provide an equal opportunity to succeed without worrying about any language barriers. She wants to serve as the example that makes students aware that after the 8 year commitment is over, they still have a community to come back to. In her spare time, she enjoys going outdoors, exploring new places to eat, grabbing boba with friends, and spending time with her pets. 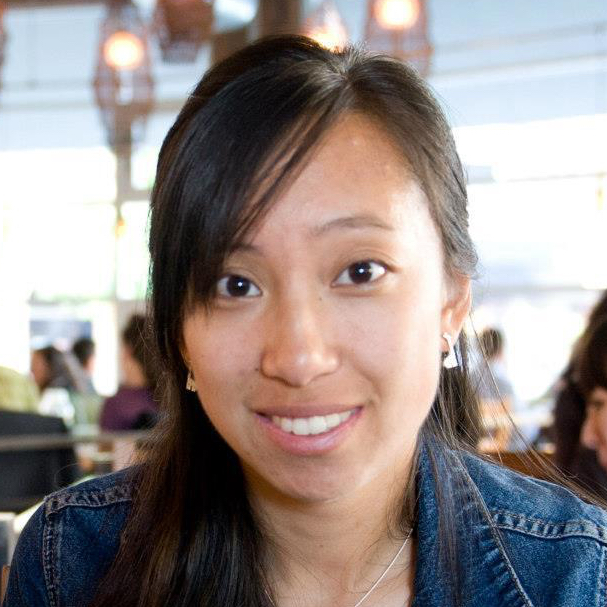 Born and raised in San Francisco, Agnes has been a member of the Breakthrough team since 2012. Agnes attended Alice Fong Yu, a bilingual immersion school, where she developed her love for learning languages. Her passion continued to develop when she served as an ad hoc interpreter for her parents. In college at the University of California, Berkeley, Agnes served as a translator and interpreter for multiple health care organizations, including San Francisco Hep B Free. Agnes left the Bay Area and attended the University of Rochester School of Nursing and currently works as an RN at the San Francisco Department of Public Health. In her free time, Agnes loves spending quality time with friends and family, running, and traveling. 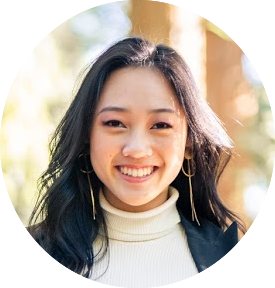 Born and raised in the Bay Area, Valerie is a Vietnamese first generation honors student at the University of San Francisco majoring in Business Administration with minors in Dance and Public Service Community Engagement. She’s had nearly a decade of experience in the education and non-profit sectors having worked with organizations such as Read Write Discover, Art in Action, and Jacob’s Pillow Dance Festival. In her spare time, she enjoys spending time in nature, playing with her younger cousins, and learning new skills. Her ongoing work and interests include live performance arts, mental health and wellness promotion, team and project management. 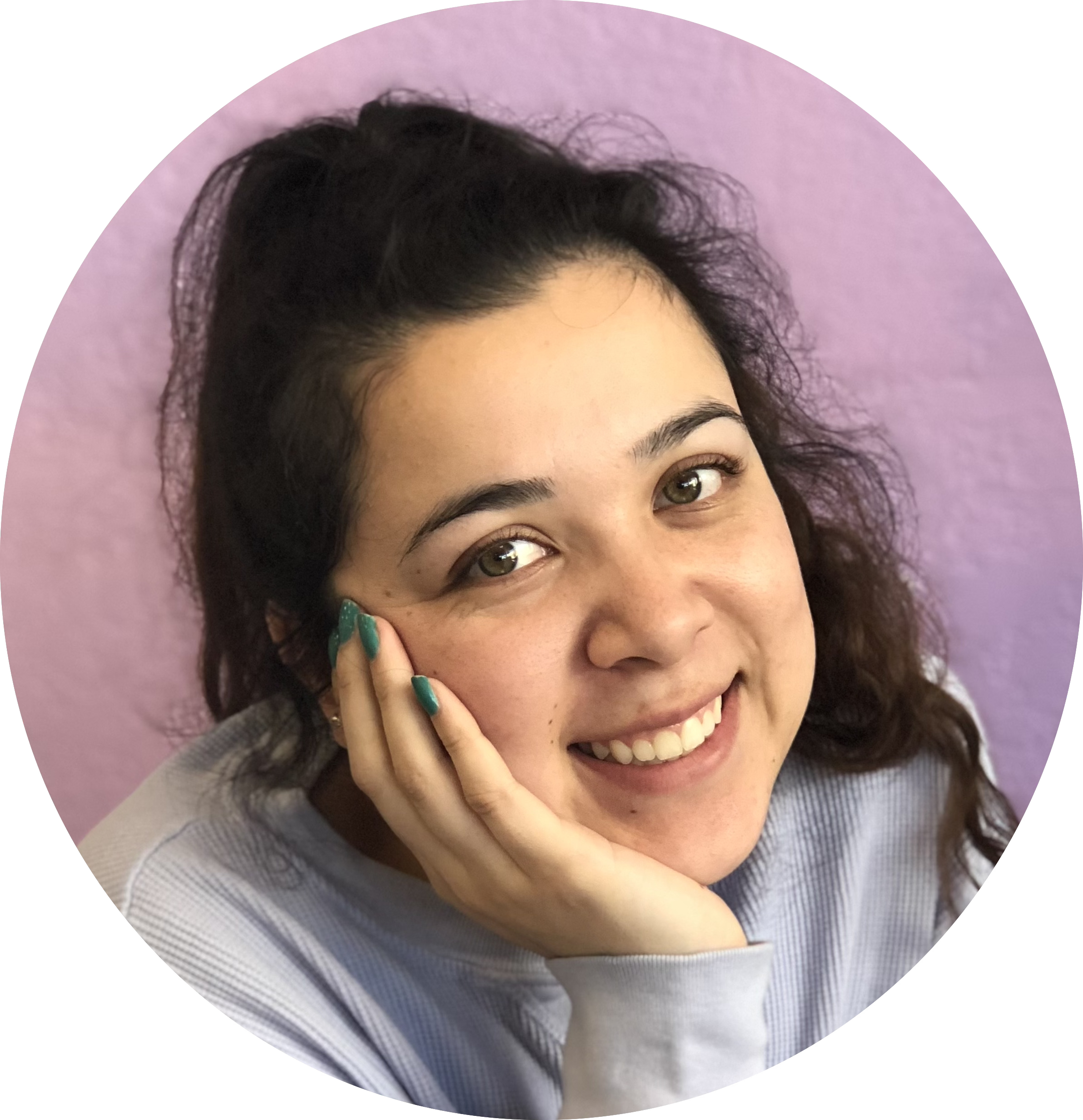 Kayla was born and raised in San Francisco. She attended San Francisco State University where she earned her BA in English Literature. Kayla has worked in education and with Bay Area youth for over 10 years and enjoys building relationships and creating nurturing environments for students of all ages. Outside of work, she loves crafting, cooking, and going on trips with friends. 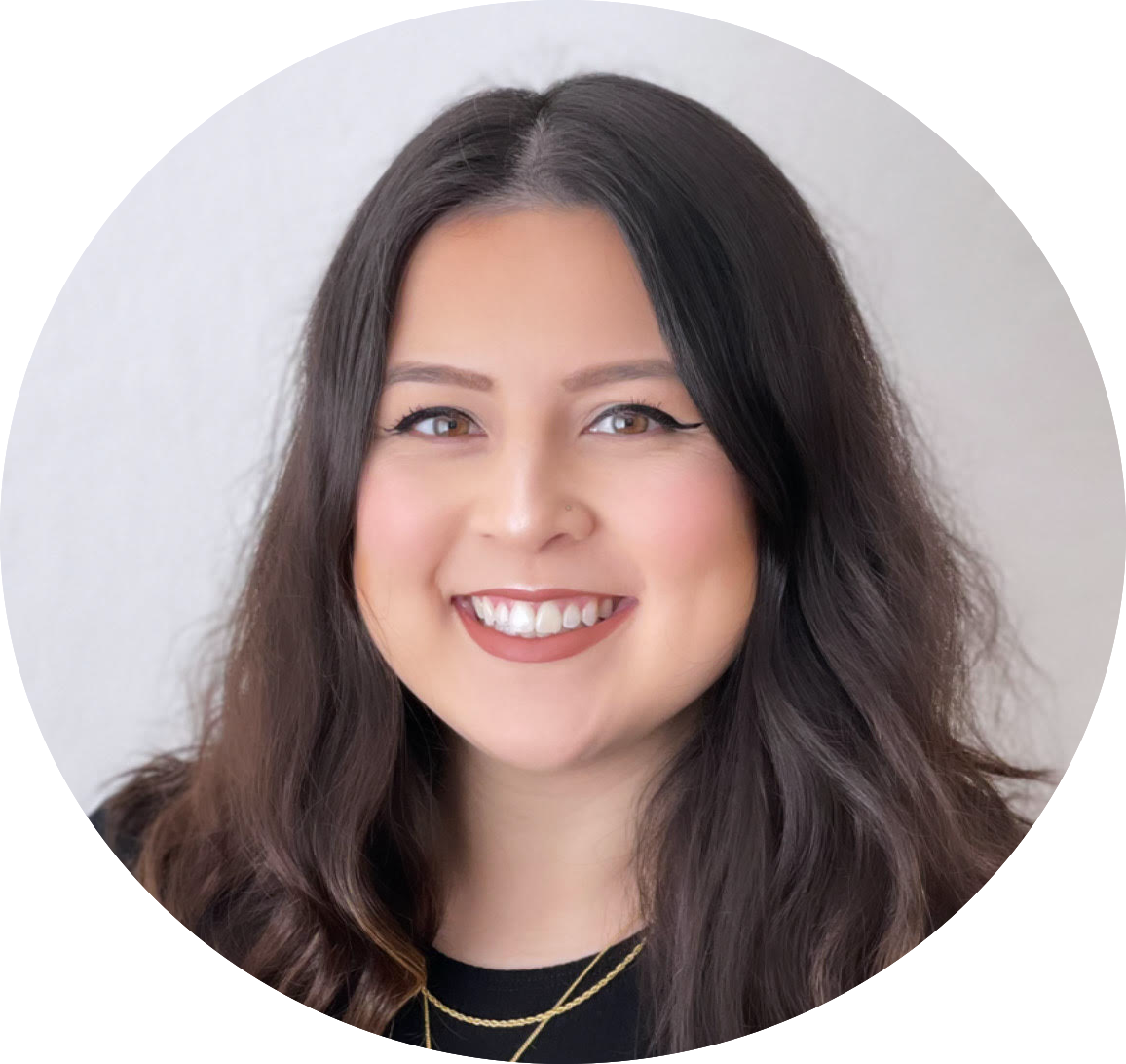 Director of Curriculum and Instruction

Sara was born and raised in San Francisco. She received her Bachelor of Science in Physics from the University of San Francisco. Initially, Sara had dreams of working for NASA and one day, becoming an astronaut. However, after being a tutor for physics and astronomy courses, she developed her passion for education. After completing her B.S., Sara began working at Gateway Middle School as a paraprofessional and Math Interventionist. During this time, Sara completed her Masters of Art in Elementary Education and earned her Multiple Subject Teaching Credential at San Francisco State University. From there, she transitioned into the general education classroom at Gateway Middle School where she happily taught sixth-grade math and science while holding a number of educational leadership positions. Sara was an Instructional Coach at Breakthrough SF before moving into the Director of Curriculum and Instruction role. In her spare time, Sara enjoys reading (thrillers and mystery to be exact), watching Warriors and SF Giants games, and spending time with her two cats, Sapphire and Emmy. 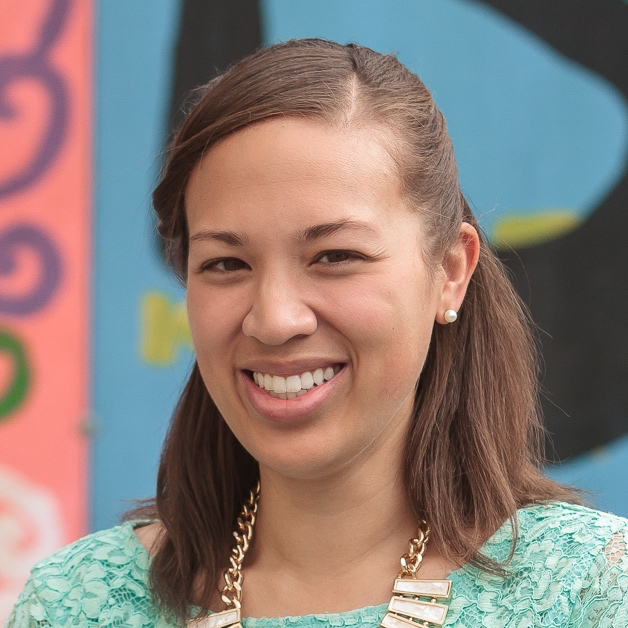 A native San Franciscan, Jenee‘s history with Breakthrough started as a student at the SF Day and University High School programs. After returning to Breakthrough as a volunteer, she spent the ensuing decade on staff, leading our transformation into a high-impact eight-year program in her role as Senior Program Director. Jenee currently works for College Track as the Regional College and Career Director for Northern California, and previously served as Director of the High Potential Program at Saint Mary’s College of California. Jenee also serves as a trustee for The Bay School. Jenee received a BA from UC Berkeley and MA in Education (Equity and Social Justice) from San Francisco State University. Outside of work, Jenee enjoys running, reading, and rooting for Bay Area sports teams. 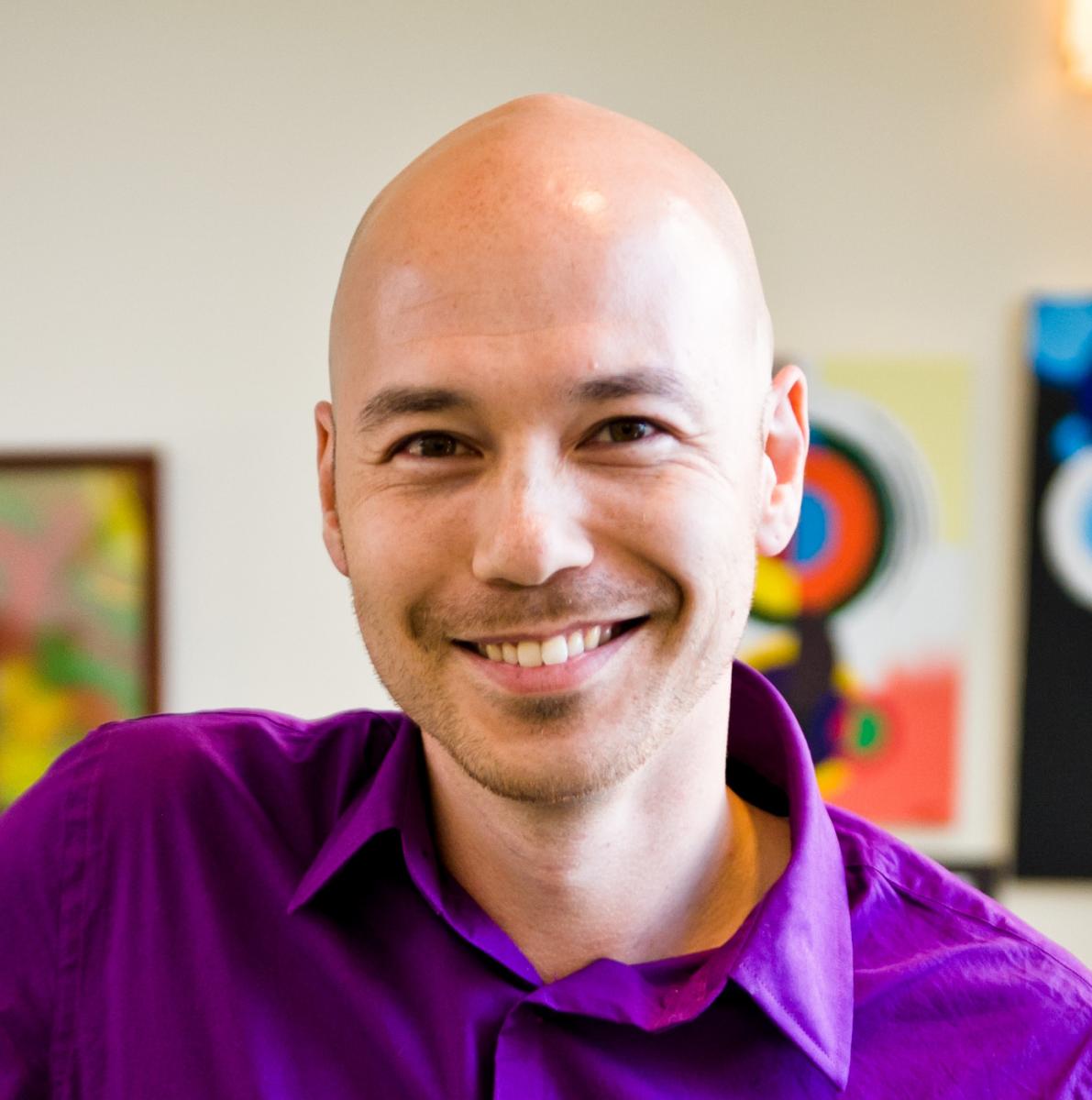 Originally from New York, Andy was a Teaching Fellow at the Breakthrough sites in Long Island and Cambridge as an undergraduate and was immediately hooked. He subsequently taught sixth grade math and science in Oakland as a Teach For America corps member before returning to Breakthrough as Program Director at the Cambridge site. Andy has done short-term work for The Steppingstone Foundation, Aim High, and Summer Search, where he served as an Education Pioneers Fellow. He holds a B.A. in Public Policy from Brown University and was an Urban Scholars Fellow at the Harvard Graduate School of Education, receiving an Ed.M. in School Leadership. He lives in Berkeley with his family.