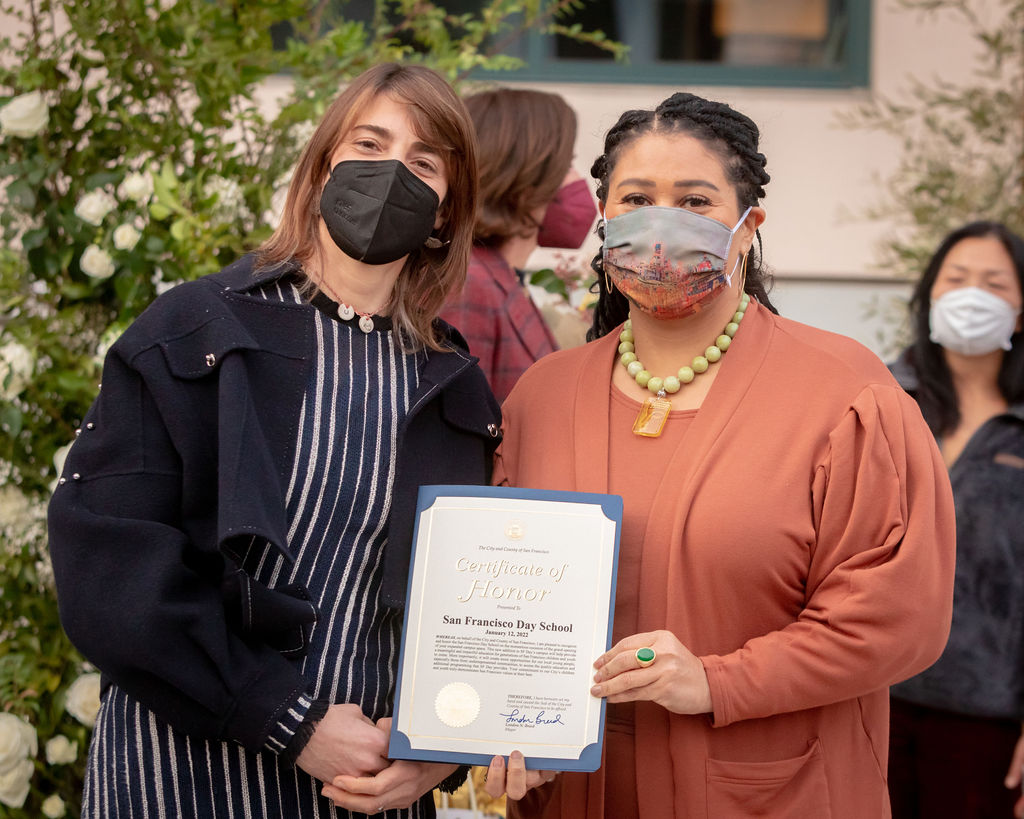 On January 12, SF Day School community members gathered for a ribbon-cutting ceremony for the school’s new facility – a moment nearly 20 years in the making.

The 16,500 square foot project includes new art and innovation spaces, a 200-seat theater, a rehearsal space, a rooftop garden, a renovated playground, and seven units of affordable housing for SF Day faculty and staff. The new spaces will be utilized by both SF Day and Breakthrough students.

The ceremony, which also marked the school’s 40th anniversary, included speakers from throughout SF Day’s history, as well as remarks by San Francisco Mayor London Breed. As Mayor Breed noted, “SF Day School has been an incredible partner, not just in supporting their students, not just the scholarships they provide, but also for the Breakthrough program. So many SF Day School parents show up year after year and contribute to make sure that program provides opportunity for young people to excel academically. It makes all the difference in the lives of children in the city. It’s not just an extension to support the kids who go to this school, it’s also an extension to support this community, and it’s how we should be looking at the future of education in San Francisco.”